Sunday evening, I had what appeared to be a small stroke, with numbness, dizziness, etc. I was helped to bed and slept, but had trouble navigating to the bathroom, and at getting up in the morning. My wife took me to the VA Hospital Emergency Department, where I was checked in fairly quickly, assessed, given a CT scan and X-ray. Results were inconclusive, so they “admitted“ me for observation. Eight hours later, having to flag down someone for water & blanket, I was still in the ER stall. They were all full; doubles being converted to tripples, all gurneys occupied in the hall and others being placed in chairs with a blanket. The place was overwhelmed and the obvious coughing and hacking of upper respiritory distress prompted me to put on a mask and turn on the oxygen over my gurney. Eight hours, without meals and with none in sight, I wanted to leave immediately, but had no clothes, which had to be sent home with all belongings when my wife departed upon my “admission“. When I insisted on information, I learned that all Tucson hospitals were on “Code Purple“; packed full because of the flu epidemic. There actually were no available rooms anywhere, but they resisted telling anyone & just continued “admitting“ the ill. I found a phone, called my wife to rescue me, signed a release and waited, for her to return. That prompted a visit from the attending neurologist, a delightful Iranian, who came down from the floors above, and checked me out, with some hesitation, as an MRI was planned whenver I managed to actually get to a medical floor....some day in the future?
At home, I passed the night OK and seem to be on the mend this morning & can walk without too much stagger. The VA Clinic, which serves me, had been alerted and called me this morning, clearing me to come in, if needed, and opening the way for outpatient neurological consult, etc. That is good service, although my PCP is on vacation.
SO........If you are in Mexico without plans for even a suspected emergency, and think you can fly NoB for treatment under Medicare or VA, consider the fact that availability may be severely restricted. Any outbreak, like this flu season, civil unrest, or a natural disaster, will quickly overwhelm the medical facilities.
At the moment, If I go downhill, get the flu, have a heart attack, etc., there really is nowhere to go. People are going to Urgent Care or ERs, with little help beyond a referral to an overextended medical facility, where many just expire.

I wish you the best RV. Things are difficult, here in Seattle too. Get well soon. That's an order :)

I plan on sticking around, but wanted to emphasize the situation for those, especially newbies, who think they can hop on a airplane, at the time of a medical emergency, and be whisked off to their favorite US hospital.
Thanks for the good wishes. I am tired, staggering a bit, but can still play cards, eat pizza, use a few languages and most of my remaining parts are still fairly functional. Louise is my rock and my love.
Golden years? Yeah, sure!

You just provided some valuable information, RV. Personally,  I wouldn't go near the States with a flu epidemic going. GET WEll, RV. That's a command.

Lets just hope the bugs don't make it to Mexico!

Just a general thought:  The local papers & the Ojo magazine have ads every week for the companies that fly sick people to the states where they can use their medicare.  I think the ones that go for that aren't thinking it through.  In the first place, they won't fly people anywhere until they are "stabilized".  Here in Mexico.  Then, unless you already have a doctor who takes Medicare patients, you have to hunt one up, and these days, that isn't easy. Then there's the recovery time away from your Mexican home and your friends, plus the expense of staying in the U.S. Most prices there for food and lodging are jaw dropping these days.  And so on.
I have SP coverage for disasters, but prefer my private doctor and pay out of pocket.  I also prefer to stay right here if I'm sick.  YMMV.

Oh, oh! “a airplane“ in my post is a bad sign. I am slipping, for sure. Probably doomed!

Aw, RVG, thanks for the post, definitely good information for all.

All the best to you, stay healthy and upright, and most of all, keep posting!

Get better. Please get better. And do let us know how you are doing, if you are able to do so. I wish you the best

I have friend in Mazatlan that went to a speaking engagement in Fl.....came home with the flu, now in the hospital in Mazatlan recovering from pneumonia and she isn't 60 yet!!

I think that my decision to leave the Emergency Department was simply that I thought it was more dangerous to stay, than to leave.
So far, so good.

I think you did the right thing. Sounds like a TIA, hope you are on blood thinners.

Ironically, my recent cardio-consult suggested that I could discontinue clopidegrel (Plavix), which I have used daily for many years, but left the option open. I chose to continue to use it, in spite of possible bleeding dangers in an accident, and told the cardiologist that I thought that it might help in preventing a possible stroke. He agreed and continued the prescription.
Yes, a TIA is suspected in a tiny vessel affecting balance. I am walking much better, but not perfectly confident yet. Time will tell.
Thanks,
Bob

De nada.
Good, glad you're on Plavix. Problem with TIAs is they can be a prelude to a big one. You might be protected though by the Plavix. I sure hope so. I think, if it were me, I might want to run that by a neurologist for their opinion on your level of protection with the Plavix. They may want to change the med based on your recent neurological event.
Muy buena suerte Bob.

Although I'm glad that you're out of the hospital given the current overload of flu patients, you do need to get that MRI done. It's very important to determine if your TIA was caused by a bleed or a clot so your med dosage or kind of med can be customized to the event you experienced.
Keep on truckin'!

Medical care here is so different. You call your doctor on his cell phone, he answers and meets you at the hospital and you are admitted right away. I had a severe problem, went to a hospital in Guadalajara and they started treatment on me immediately without asking about any insurance or signing any papers. I did that after my problem was attended to. They didn't waste any time.

Yes, I have had emergency interventions in Guadalajara and was also impressed by the quick and effective response and treatment. It just is not the same here in the USA, where they are best at keeping records and the CYA process; not so good at patient CARE.
That said, we have had some good, caring and attentive MDs here; two Mexicans, two Indians and one Iranian. The others were “15 minute wonders“ at best; some even less. The last cardiologist never even took out a stethoscope.....I was his last appointment for the day!

RVGringo - thanks for posting, and hope you are fully recovering! Your post helped confirm our decision to forgo Medicare, and take out Mexican insurance for catastrophic illnesses, plus set some money aside for medical expenses out of pocket. Scary to hear the state of US health care! Gringal, I'm with you. 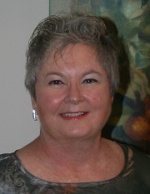 I have made it through the crucial first week, and am feeling better by the day. Thanks for your kind wishes.

"Scary to hear the state of US health care!"

Well, I live in the US (Colorado) and I don't hear of or see the dire conditions that are generally portrayed in the Lakeside forums about the state of healthcare NOB. Maybe it is rationalization (on your parts) to bolster your decisions to live Lakeside and forgo US Medical insurance but it does have the ring of 'fake news' or at least news without substantial data to back it up. The one exception that I hear about NOB is.... Veterans hospitals and doctors such as RV is experiencing. And that's a shame but it is not new news. My FIL, a healthy 97 YO, needs to have a prostate biopsy done at a Veterans Hospital and he is having to wait 3 weeks or more.

Yes, there is a bad flu epidemic going on in many parts NOB but this happens every now and then everywhere. Also, I can email my PCP 'at will' and he generally answers before the day is done. Just did that regarding a colonoscopy! Also I often see, in the local newspapers, ads from 'Doctors' suggesting that they are 'taking new Medicare patients'.

Just keep humming that Jerry Mayfield tune, "I'm still on the green side of the grass".

RickS, have you actually had to use the U.S. healthcare system for something serious, potentially serious, or emergent in the last 10 years?

Trailrunner wrote:RickS, have you actually had to use the U.S. healthcare system for something serious, potentially serious, or emergent in the last 10 years?

Yes, of course, I'm old, but none personally at an emergency level fortunately. I do see my PCP 'regularly' when needed without a long wait, have had probably 8 outpatient surgery-center stays, under sedation, for lumbar nerve ablation. Have had a hernia operation, had a 'growth' taken from my neck under sedation, have had a colonoscopy or two (they say it time for another!), saw a Doc at an Urgent Care facility back in October for contusions and stitches to my shoulder and hand due to a fall on boulders I took while hiking in the mountains, etc etc. In your timeframe I also have had a couple of in-office prostate biopsies. Also have had several X-rays, MRIs and a couple of CT scans. On all of these "occurrences" I was using my Medicare Advantage insurance with no denials and in no case was my need for 'service' delayed or postponed for any reason... all scheduled within a week of need. My Medicare Advantage insurance also pays, with a $5 co-pay, all my medications... which fortunately are not many.

My wife has not had as many occurrences as I but did have, in addition to some MRIs and CT scans along the way, a concussion, 2 broken ribs and a punctured lung from a horse accident. I had to rush her to the Emergency Room at the local hospital where they kept her 2 nights for recovery and observation.

I will also say that none of my friends have told me 'sagas' of either longs waits or being denied service for regular visits or emergencies.

Most of the bad "news" from NOB was promoted by those who were hoping to destroy Obamacare. The real horror stories have yet to begin.

Well, that's good to hear, Rick. I suppose mattoleriver is right too. And CO is known for good healthcare, your EMS is very well respected. Good for you.

I don't think healthcare is that good in CA, but I've been out of it up there for 14 years. Are you in urban or rural CO?

I don’t doubt that there are pockets/regions and maybe even states where healthcare is not as I ‘enjoy’ here. But I don’t think that painting a picture of NOB being a wasteland is an accurate picture to paint.