Rosemary Grayson is a friend of Ros Freed's. They lived in Roca Azul until recently, and now live by Soriana in Chapala.

Rosemary and Ros have been friends for many many years and Rosemary came here four months ago to stay with Ros. She has become steadily more unstable during that time. The psychiatrist who saw her in Guadalajara and admitted her into a psychiatric clinic for about ten days, says that Rosemary is "depressed, suicidal, and psychotic".

She was on meds but has not taken anything since she disappeared near LCS yesterday, Wednesday mid morning. She was becoming delusional and disoriented prior to that, unfortunately.

So, we all need to be on the lookout for a 69 year old blonde woman, 5'6", thin, well proportioned and pretty. Her hair is short and had just been 'done'. When she disappeared she was wearing a 'shiny' black track/running suit, with scuffy white running shoes. She had approximately 500 pesos on her, and Ros' address.

Tomorrow, Ros will get a photo and some flyers out. Unfortunately her computer isn't working at this moment. The Red Cross, local police, and the British Embassy have all been notified. The police know how to get in touch with Ros, and they are the ones who should be contacted. It is apparent that the police are not really taking it seriously, saying "oh she's probably shacked up with some man" or something to that effect (and of course that is entirely possible). They are preparing for the Sunday elections, and all the security that goes along with that so we can't expect too much from them anyway.

This is a tough tough situation, and really everything that can be done has been done, with the exception of the photo and the flyers, to be put up tomorrow.

I offered to help Ros, and to put this up on some of the boards as well as various Facebook pages, in Spanish and in English. Someone needed to do it...

If anyone has any knowledge or ideas of what else can be done let me know at ajijicmaven@myself.com.

Just to add, that regardless, the police will respond if she is found. And they will contact the friend. Rosemary is British, with a very English accent. Her family, those remaining, were contacted, but one individual is very ill himself, and the other is working in a very difficult area and not easily contacted. Other close friends in the UK have now been contacted, but again, unless Rosemary is found, there is little that anyone can do.

Oops, one more thing...I would be very grateful if someone(s) would copy these messages (you can certainly consolidate them) and post them under this new heading, on Westenders, Chapala.com, MexConnect, Expat Forum and any other forum that you might know about. Those that feel they can send the information out to their personal email lists could do that. Any help at all at this point is welcomed. I unfortunately cannot post on any of the above sites. Also, if you have access to Facebook and subscribe to any of the Ajijic Boards...and I know there are several in English, could you/would you post the information there as well? I will translate all of this into Spanish and post in awhile.

Thank you so much for providing clear and concise information about your missing friend, during this stressful time and let us know what we can do to be helpful to you in terms of helping find her. After a lot of confusion, I am now in. chico

Good job, Mielicita. Looking forward to a picture or poster and I'll take them around too.

If you can add the reward Trailrunner I think it would help them get noticed.

Thanks all. I'd like to add altho it may have been posted before, that the only place Rosemary felt at all comfortable was at LCS. However, yesterday she did not seem to enter LCS when she was dropped off. She was, as is, quite afraid to be out by herself and doesn't know any familiar places.

At this point, she is most certainly at best disoriented, and at worst, disoriented, delusional and very unstable. She is without identification and quite possibly has lost the paper with her friend's name and address. She could be anywhere, have been picked up and gone home with anyone. And the hope is some kind soul found her and is caring for her at this time.

I'm not making them, RB, apparently the woman who has/had custody of this woman is. She has the passport with the picture of her.

1000 pesos to locate a lost human being is about 75 USD. Think we need to stop focussing on the miniscule reward and focus on finding this lady. More than that amount has been offered for the return of a lost pet. chico

Geez, this is awful. I hope she didn't get on a "directo a Guadalajara". You would think that if some kind soul took her in they would have contacted authorities by now...maybe someone is waiting for the recompensa.

Rosemary's friend has a picture which she'll send to me as an attachment; I''ll get the flyers made up tomorrow as soon as I get the photo...and as I said do them in both English and Spanish. Of course a reward is only a small part, but it can be a considerable amount to someone without a lot of money, who may have seen her and know where she is. Once I have the flyers done, I'll get them to Trailrunner and any other people who'd like to help out, from Chapala to Joco and Roca at the very least.

Post the picture here on the board ASAP. It will be seen a lot quicker and by far more local gringos than posters pinned to bulletin boards.......... 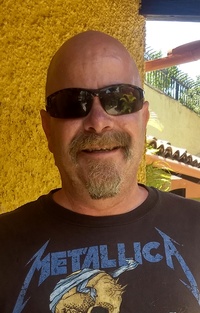 For what it's worth, here is the 411 on reporting a missing person to the PGR, at least they have a database in case she turns up far away:

We have this posted on almost every chat group. We need a contact in the case the woman is found. Are you, mielicita the contact at: ajijicmaven@myself.com And can we get a phone number of who to call if she is found please.

CanuckBob wrote:Post the picture here on the board ASAP. It will be seen a lot quicker and by far more local gringos than posters pinned to bulletin boards..........

Regretfully, we won't have the photo until tomorrow morning, but I will post ASAP when it's received. Thanks for the reminder. Also I haven't checked any other boards yet, but am hoping that kind souls will repost as far and as wide as possible. And we'll post the photo on those sites as well.

Thanks for the PGR site as well Ms. Thang...as soon as the pic is rec'd, I'll fill out an application on line, or if not possible given that I'm not the person responsible for Rosemary, I'll help her friend do it.

All suggestions welcome!!! We do have a wonderful community. Thanks.

simpsca wrote:We have this posted on almost every chat group. We need a contact in the case the woman is found. Are you, mielicita the contact at: ajijicmaven@myself.com And can we get a phone number of who to call if she is found please.

Simpsca et al...please call the Chapala police at 765-4444 and send me an email at ajijicmaven@myself.com. We're trying to minimize calls to Rosemary's friends. As you can imagine, they are quite concerned and just a bit freaked out by all of this. The police have been contacted by both the friends and by the British Embassy. So they SHOULD know what is what. And I'll be on the computer all day....as per usual.

So the Chapala police is the contact if the woman is found? I'll post that on all the other chat boards.

The posters should be passed out to the above listed community workers - cab drivers, taxi drivers, medics, bus drivers, taped to street posts, given to the kids, abarrotes, tortilliarias, etc. Starting around where she was last seen and then fanning out. Not just on a couple of bulletin boards.

Psychiatric patients are difficult to find. They are unpredictable and can be dangerous when found. She could be hiding in someone's bodega or behind a wall somewhere.

OR, hoping for this option, she turns up tonight somewhere!

Thank you so much mielicita. I am a casual friend of Roz who wasn't able to get a hold of her to get additional information.

A reward of 1,000 pesos will get noticed in the Mexican community. If someone fluent in Spanish does one and you add: Recompensa 1,000 pesos it will get attention. I'm not fluent enough to write a poster that makes sense.

Simpsca, I'll do the flyer in Spanish and English. I've not been able to post anything yet on the Spanish Facebook sites...but you can find it in English, under Ajijic Maven.

I'd be grateful if you could email me when you see this message.

I just posted on facebook and a fried texted me and said she saw a woman standing under the ajijic pier wearing a dark, shiny running suit...and she didnt look right. She said it was between 3:30 and 5:30 at the latest. what do I do?

I just received the same message on FB..but didn't know if she was seen yesterday or today? I asked the person to please call the Chapala police and have them send a patrol down there, and to look through the area. The British Embassy called the police today to reiterate their responsibility and to reinforce how important it is to locate a missing British subject. So let's hope they do something.

Go down with someone else, or more, and a flashlight and look around. If you do see her, call CR or the police first. Then try to make verbal contact with her, call her by name, if she responds appropriately start talking to her until someone arrives. Be careful. If she is not verbally appropriate just keep an eye on her until the police or CR arrive and don't approach her.

I'd like to see CR transport her rather than the police. If she needs restraints the cops will handcuff her and put her in the back of the pickup. If CR takes her they will use soft restraints and transport her on the gurney. In either case, she will be taken to the CR clinic.

Let us know what you find, please.

I called the police...they didn't have a clue about any missing woman. They said they would go look, I hope they do. I heard him call it in on the radio.
I have also communicated with the person who is helping with this.

This was hours ago, but it WAS today that my friend saw her, hope she is still there.
The description was spot on.