Copied from an email from Francis Dryden"

"My friend and band mate Jay Shuffle passed away sometime prior to 11 AM on Valentine's Day. Paul, Jay and I (The Great American Songbook) had a gig at Adelita's in San Antonio Tlayacapan and uncharacteristically Jay did not show at one PM when we went to set up. Paul tried to reach him all day but figured he was out somewhere on a Sunday. When he didn't show up an hour before start time we started getting real concerned but with a crowd present... Paul and I started and finished... no Jay. They went to his apartment with police and found Jay laying on his bed with the TV on... he must have had a heart attack or a stroke... our friend and great band mate... gone.

This is a devastating thing for me (and all his friends) to deal with and I can't seem to wrap my mind around the newsletter I do on Sunday nights or anything else... it hasn't sunk in yet that Jay is gone..."

Very sad news....he was a close friend.  I am the artisit that drew his characarture for his business card 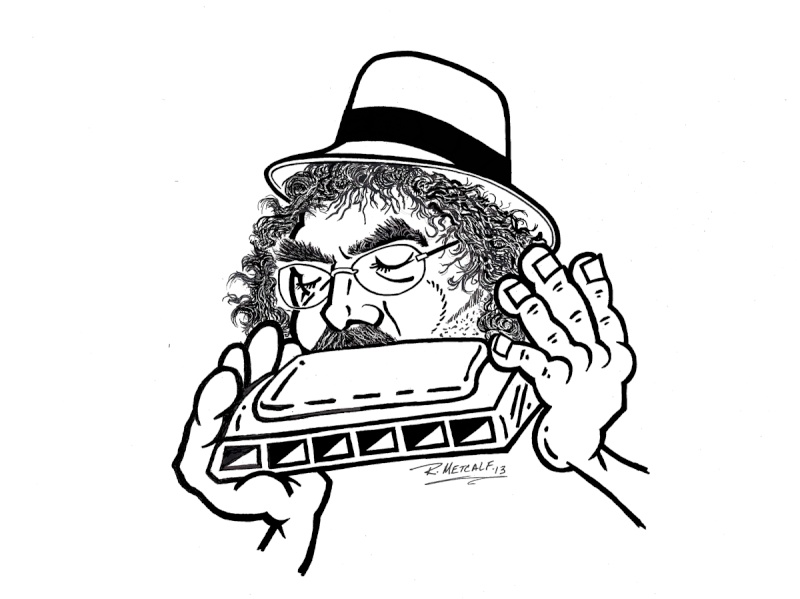 Jay was definitely a local icon. I think most people would know who he is. I first met Jay when I hired him and Noe to play at a party I had here about 10 years ago.