Well, they certainly took their time about it...but Rodrigo Vallejo has been rearrested and returned to jail. He will probably be facing some new and perhaps more serious charges this time. We'll see.

Rodrigo Vallejo has been released from custody once again. According to his lawyer, the prosecutor failed to present any new evidence against the son of the former governor of Michoacan.

ummm..what do you think +110,000 deaths in Mexico's Narco war mean? Isn't that draconian enough for you?
21 candidates alone in tomorrows election have also been murdered, along with untold supporters in what is being called one of Mexico?s most violent elections? This does not include the kidnappings and other threats of harm to control how people vote. Most of that electoral violence is at the municipal level where narco factions are fighting to control their communities and to gain access to federal and state funding.

Despite all that, and I will stray briefly off topic here (sort of), I frankly doubt this is Mexico's most violent election...just the first one where State and municipal dirty politics are getting aired in public. This has been going on at every election I know of since arriving here in 1994, and in my opinion it is the root origin of how Narco's are able to get mixed up in and largely control Mexico's politics. Fix the State and Municipal politics and you can fix a large part of what is ailing Mexico. Here's a ridiculously facile solution, suggest all parties agree to stop vote buying and bullying tactics and run on policy. What a concept....

There is a funny story about one leading party who is desperately handing out food baskets (canastas) in a last ditch attempt to buy votes. In at least one Jalisco town I know of it has back fired on them. Turns out the baskets were all far past their due date and most of the food had to be thrown out - full of weevils and other insects.
Way to go! Turns out the message they ended up sending was that this will be the same quality of government the town would receive if the people voted for them!


Some back up reading
http://www.telesurtv.net/english/news/Electoral-Campaigns-End-in-Mexico-Amid-Violence-and-Deaths-20150604-0008.html

Reread your link, I think it says 10 candidates have been murdered?  Even that's too many.
The two murdered candidates that I remember the most in my lifetime, were Robert Kennedy in the US and Donaldo Colosio in Mexico.

Just so local (Chapala) folks who are eligible to vote don't get turned off by these newspaper articles,, I have been voting since 1982 in San Antonio Tlayacapan, without any incident in probably 12 or so elections.
Haven't received any free food either, good or bad.

So all you local eligible voters, get out and vote tomorrow.  If you are tercer edad  or incapacitado, you get to go to head of the line upon arrival. Works for me.

Vote if you can and those who cant may be able to in the next elections, with the immigration law changes in 2012 5 years later many can become citizens and we will be a rising, powerful force, not just the gringos who donate for things the government should be paying for.

Yes Slainte39, you are correct, ...I am not sure however that some of them were mere electoral workers makes it any better though...so by all means, vote as many times as you can.. :-)

The offending article:
At least 21 people directly related to the elections have been killed so far, as authorities will be tested June 7 amid profound unrest. The electoral campaigns ahead of Sunday’s midterm voting came to a close Wednesday night amid violence affecting at least seven states and the deaths of at least 21 people directly related to elections, including at least 10 candidates, various news outlets reported.

This content was originally published by teleSUR at the following address:
http://www.telesurtv.net/english/news/Electoral-Campaigns-End-in-Mexico-Amid-Violence-and-Deaths-20150604-0008.html. If you intend to use it, please cite the source and provide a link to the original article. www.teleSURtv.net/english

Are you kidding?  When you consider the lines, paper work checking of your identity by the officials, perusing the ballots, scrutiny by the observers of the parties, possible violence as some are predicting, and bad food payment for your vote.
ONCE IS ENOUGH !!!

Awww, I thought retirees didn't have anything better to do????

Semalu wrote:Awww, I thought retirees didn't have anything better to do????

This one does....I dreaming about the inevitable, upcoming fight between Canelo and Miguel Cotto.
This will determine the outcome of the long standing hostility between Puerto Rico and Mexico, and resolve the conflict once and for all.
This is not exactly about voting, but it will take one more problem off the plate of EPN.

who comes with these...

According to Excelsior, two police and five assailants were killed.  The two police were riding in the same vehicle and received the first volley of fire in the ambush.
The police were there to protect the workers tearing down things and dismantling the infamous ranch that had been used by the Templarios for their entertainment and event center in their heyday, when it was under the care of El Chayo.
I guess somebody just couldn't let go of the good ol' days.
Must have been some lower management as I believe El Chayo was eliminated some time ago, even before La Tuta.

Now they are saying they don't know who directed this ambush as the MP doesn't believe there was any cartel activity in the immediate area.  The police had just impounded/seized three vehicles but it didn't say whether they were stolen or what the circumstances were.
A female police officer of one of the policing groups is missing and there are five injured in the hospital in Morelia, all in stable condition. Not sure if they are police or assailants.

According to this story none of the dead were bad guys---2 police and 5 civilians.
http://laht.com/article.asp?ArticleId=2390461&CategoryId=14091 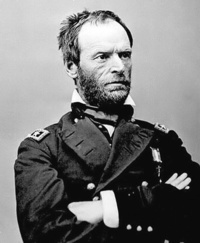 "Confidential informants" mean snitches recently recruited from the ranks of the
Templarios, so that would certainly be another motive for the attack, if they needed one.
So now they have to figure out who snitched on the snitches.
Revenge sounds more likely as a motive, as they were never going to get the ranch back by force.

Two of the mayors who were arrested last year for colluding with organized crime have been released from prison. A third mayor, who was also accused of collusion, died in prison of natural causes a few months ago. From Informador...

The infamous Dr. Mireles may be getting out of prison soon. Now that he has served over a year for the crime of possessing military-style automatic weapons and now that his ability to affect the outcome of the most recent elections has passed, federal prosecutors have withdrawn their appeal of a previous judge's decision to free him. From El Universal...

One of La Tuta's sons, Luis Servando Gomez Patino, has been sentenced to 28 years in prison for racketeering and possession of illegal weapons. El Pelon, as he was known, has been in prison since his arrest in 2009. From El Universal...

So whatever happened to the infamous Dr. Mireles? It's been two months since federal prosecutors dropped their appeal of an amparo granting his release from prison. Mireles' lawyers simply needed to file the proper paperwork and he would have been released in days. But that never happened. Now the Michoacan Movimiento Ciudadano, a left-wing political party, has decided to give him a little help by hiring a competent lawyer to take care of his legal affairs.

Rodrigo Vallejo, son of the former governor of Michoacan, has been sentenced to about a year in prison for refusing to testify about his connections to La Tuta and the Templarios. Not sure if that's in addition to time served since his arrest some months ago. From El Universal...

Much like a Mexican telenovela, the story of the Autodefensas continues...interminably. Here's an update: Hipolito Mora has been sentenced to a year in jail for the crime of kidnapping. For now, he remains free on bond pending appeal to a higher court. Meanwhile, the infamous Dr. Mireles remains locked up. The amparo which supposedly would have gained his release from prison became irrelevant when the federal prosecutor refiled charges against him. From El Universal...

Wow,a whole year in jail and a 6000 peso fine for kidnapping,sounds kind of draconian to me...

Remember the shootout in Apatzingan last January in which a convoy of tow trucks was chased by outraged citizens and Autodefensas? Six people were killed by federal authorities who opened fire on the pursuers. A report by the national commission on human rights has concluded that the pursuers were unarmed and that the killings were an excessive use of force and a grave abuse of their human rights. From Animal Politico...

The infamous Dr. Mireles has offered an apology to the government of Mexico and to his family. From Mexico News Daily...

Sounds as though making that recording was one of his conditions for release.

Exactly.
Just as long as they cut him loose, I don't care what they say about him or what he has to say.

Sounds like he is just plain old grieving for all his loss too. Terribly sad .