During my last visit, I was introduced to the Director of the Museo del Cobre. During the discussions, my friend got permission for me to photograph items in the museum - something that is rarely allowed. The museum has a no photo policy because the artisans have learned that this leaves their designs and workmanship open for duplication not only by other artisans but more importantly by the Chinese and Indians who take the designs back to China or India. In fact, virtually all of the shops and factories in town have a "no foto" policy for this very reason. My friend was able to secure this permission by telling the Director that I would be having a section promoting the town of Santa Clara del Cobre, which was very true.

A couple of hours later, we went off to the museum planning on spending a couple of hours taking photos of these selected prize winning pieces. But we ran into a snag since the Director wasn't to be found and it took a 15 to 20 minute discussion with the female Asst. Director before she would comply with his permission. Out came the tripod but it became very evident that she intended to hover over me the entire time. I attempted to take things slowly hoping that she would become bored and leave us alone. But she was really into her position of power and responsibility. In the end, I didn't get the number of photos I would have liked and failed to take adequate time to get some photos into proper focus and lighting. On the positive side, I did get some decent photos of items that are so rarely photographed!
[img] 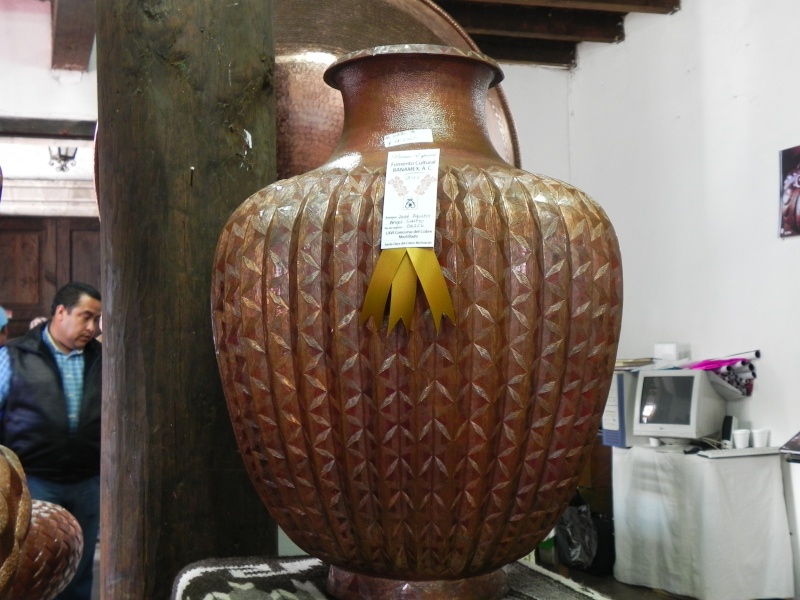 Slideshow: https://picasaweb.google.com/118146709599975173363/MUSEODelCOBRESANTACLARADelCOBREMICHOACANMEXICO?authkey=Gv1sRgCOXLisfxpqaS9gE#slideshow/5717706408098226706
Bet you never imagined that you would see a toilet made entirely out of copper!

While we enjoyed our visit to Santa Clara del cobre we arrived later in the afternoon and it was raining out so many of the street vendors had packed up shop. We did visit one of the factories and a few of the indoor shops. It was interesting to learn that the copper mines are "mined out" and Santa Clara gets it's copper now from CFE wire entrails and other forms of recycling. I did notice a lot of mass produced items that had the "made in China" look so I would be very careful on what I purchased there.

CB mentioned both the copper obtained from recycled copper and the manufacturing. For those who might be interested, here is a slideshow of both types of facilities taken on a visit to Santa Clara del Cobre back in October of 2008:
https://picasaweb.google.com/118146709599975173363/COPPERRECYCLINGMFG?authkey=Gv1sRgCOCv5drKw6CzHg#slideshow/5772136603189673442

Both facilities are owned by one family and they are one of the larger manufacturers in the area. They supply copper to numerous other producers as long as they are part of the accepted family clique. 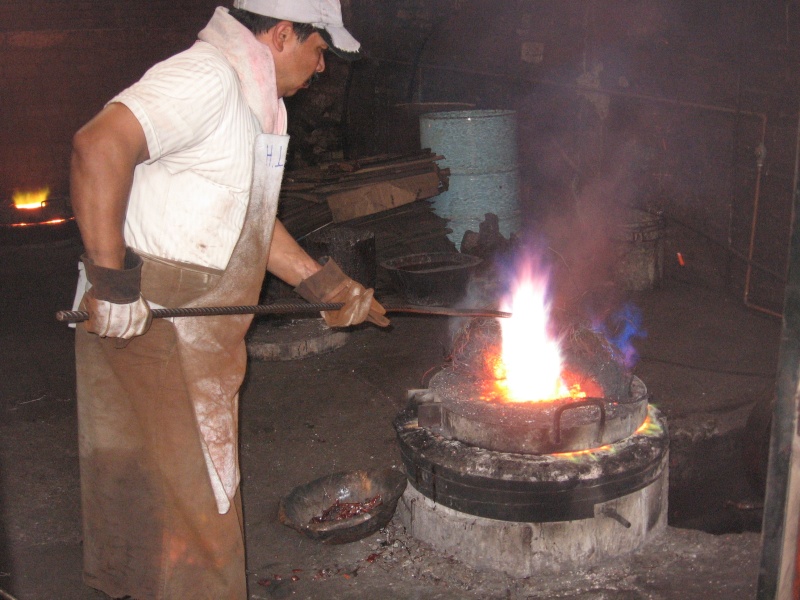 Nice photos Sparks! Also recognize the shops in your photos and the one you have titled as fancy shop is one of the nicer ones.