I came across this PBS Frontline documentary on Youtube,it's not new but it's definetely worth watching if you're interested in Mexican politics.

I'm link challenged,but you can find it easily via Google. 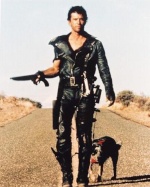 I couldn't get the Frontline site to play the video but googling (money murder mexico youtube) will take you right to it.

Thanks for the link,even though it's about a former president it's still relevant because many believe he's calling the shots for the present administration.

I love pbs programs.....there is a very interesting one from frontline and john oneil " the man who knew" regarding 9/11
After watching the show i looked for the family memorial online and posted my personal message.

The Frontline documentary failed to tell the story of the youngest Salinas brother, Enrique, who was found dead in his car with a plastic bag taped over his head. It is still an unsolved murder.

Brother Raul served 10 years of a 50-year prison sentence for the murder of Ruiz Massieu. Eventually, all charges against him were dismissed. His properties and cash holdings, which had been confiscated by the Mexican government, were returned to him. Most of the $110 million he had in Swiss bank accounts was returned to the Mexican government once the Swiss were convinced the money had been misappropriated from public coffers. The rest of the money is still being held by the Swiss since Raul cannot prove the legality of the income.

It should be noted that the release of Raul came during the reign of the Panistas, the rivals of the Priistas. It should also be noted that Raul has been appointed by the current EPN government to head a federal committee charged with bringing foreign investors into the country.