Vinos América, which has a couple stores in Guad. and one in Puerto Vallarta (and probably many others) has opened a small store on the carretera (#141-A) in Ajijic a couple of doors West of El Serape.

It's a fraction the size of the other stores of theirs I've seen. Spirits selection is good considering the small size and prices are very competitive. The main appeal is the wine selection: all from the most recent vintages, well-selected, with prices on average 10 pesos less than Paz. Price isn't the main appeal though (as least to me): the condition of the wines is. Wine doesn't do well when kept in hot, humid environments and I'd guess 80% or more of the inventory at Paz is well on its way to madera if not vinegar status. At América the AC is on, the doors are closed, and the inventory is mostly 2009-2011 vintages with import stickers from 2011 and 2012. Based on shopping at their other stores I'd expect this to be consistently the case, IF they make it, which I wouldn't hazard to guess.

The bad news is the beer situation...all they have is Miller! Someone must've told 'em the gringos here want American beer, but what they forgot to say was American microbrews, not a macrobrew that makes even the worst Mexican beer taste flavorful by comparison.

Anyway, if you're a wine or spirits drinker they're well worth a visit, and it's great to have some competition at Lakeside. Now if La Europea would just open a branch.....

Please note that their name is VINOS America, not Cerveza America. 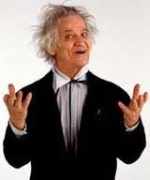 From what I can tell, great (as opposed to tolerable) beer is just something you have to be willing to give up on if you're going to live contentedly here. Cervezas Cuahtemoc and Modelo together control about 99% of the market. I've followed the Mexican microbreweries devotedly for years, but they either get bought out by one of the two big guns (anyone remember Cervezas Casta?) or have at best a tiny niche market because due to lack of access to reasonably priced malt and hops plus no economies of scale their stuff has to sell for 25-35 pesos a bottle, meaning no market share 'cause the mass-market crap here is already very expensive relative to local incomes (more than $1 US a bottle for Negra Modelo or Bohemia, the best of the sorry lot of mass-produced stuff).

My advice: give up on beer, drink great Tequila

Not as cheap as Modelo/Corona/Tecate  I find Dos Equis AMBER to be quite good for 75P a
six pack if you need a beer with a little bit of tooth in it.  One needs a beer to have after the
shot of Tequila goes down.